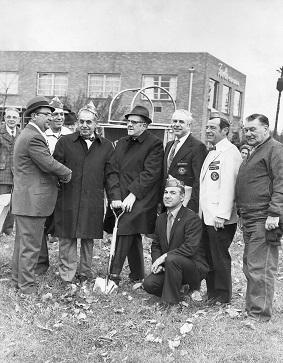 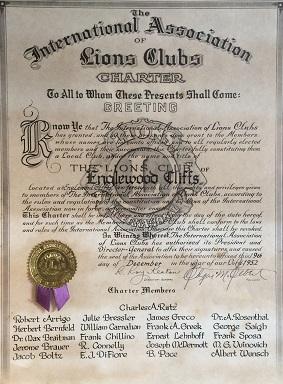 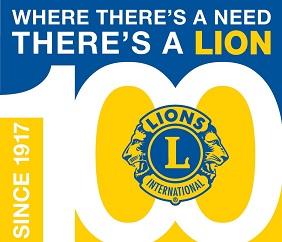 The Lions Club of Englewood Cliffs was founded in 1952 by a group of civic minded people led by then Mayor Charles A. Rutz. It all began the night of November 6th, when about twenty local residents gathered to form the club. One month later, the International Association of Lions Clubs granted a charter to the new members of Englewood Cliffs.

Throughout the decades the club has contributed to the community in many ways. In the early years, our local Lions Club raised money to build bus shelters, paint street numbers on curbs, perform vision testing for residents and create a children's playground.

In 1971, as the Lions Club of Englewood Cliffs neared its 20th anniversary, the membership embarked on a very ambitious project. It committed itself to building a community center that could also serve other local non-profit or civic organizations. The task was huge and had to be constructed at no cost to the borough. Mayor Thomas E. Stagnitti, along with members of the Lions Club presided over the groundbreaking on November 20th, 1971 (see photo). Some of the playground equipment installed on the property 14 years earlier can be seen in the background.

In later years, the Lions Club of Englewood Cliffs became well known for its annual Pancake Breakfast fundraiser, held in the Lions community center built by the club founders more than forty years ago.

Today, as Lions Clubs International commemorates its 100th anniversary, our chapter continues the mission of community service and looks forward to a future of growth.